For many black Tulsa residents, Juneteenth is a day of celebration, despair, anger

As President Donald Trump prepares to host a rally in Tulsa, Oklahoma, on Saturday, residents there are filled with anger and grief that's simmered for nearly a century.

On Black Wall Street, an area burned to ashes by white mobs during the 1921 Tulsa race massacre, the wounds are still fresh.

Discussing what happened here 99 years ago brings many to tears. For decades, their stories weren't shared, but it's a history ingrained in their everyday life.

Tiffany Crutcher's twin brother was killed at the hands of police in 2016, sparking national outrage. But 95 years earlier, his great-grandmother was forced to flee the race riots.

"The fear that they instilled in the community after the massacre was massive," she continued. "They told them if they ever talked about what happened, that they would be killed. They would be hung. And so they were afraid. And that's a white supremacist tactic right there."

(MORE: What We Know About the Terence Crutcher Police Shooting in Tulsa, Oklahoma)

Those tactics worked on some residents, including 85-year-old Bobby Eaton's father, who survived the riots but rarely mentioned them.

It wasn't until this year that state lawmakers announced plans to formally introduce the Tulsa Race Massacre in all state school curriculums.

The conversation about the Juneteenth holiday has reached a national level, unlike years past. Corporations including Nike, Best Buy and Twitter are recognizing Juneteenth this year and said they'll make it an annual holiday moving forward.

Trump claimed credit for Juneteenth's increasing popularity, after moving his rally a day later so as to not clash with the holiday, telling The Wall Street Journal: "I did something good: I made Juneteenth very famous."

"On Juneteenth, we remember the millions who suffered, died and survived the crushing reality of slavery in America, and recommit ourselves to continuing in the fight for equal justice for all. Without question, it should be recognized with the respect of a federal holiday," Harris said.

Back in Tulsa, where the pain is deeply embedded in the community, only a few visible reminders from that time remain. Historic Vernon AME Church was burned to the ground, but Black residents still gathered days after the riots to worship.

Pastor Robert Turner told ABC News that some of the bricks still present tell the story of "state-sponsored terrorism."

"You can still see the charred parts of the bricks," he added. "These bricks heard the screams, heard the cries. And to this day, these bricks cry out with the blood of our ancestors."

"We talk about commemorating the Emancipation Proclamation, when we got word from Texas that the slaves were free," Crutcher said, "but in reality, we're still not free in 2020. And we're still crying for freedom, we're crying out for justice." 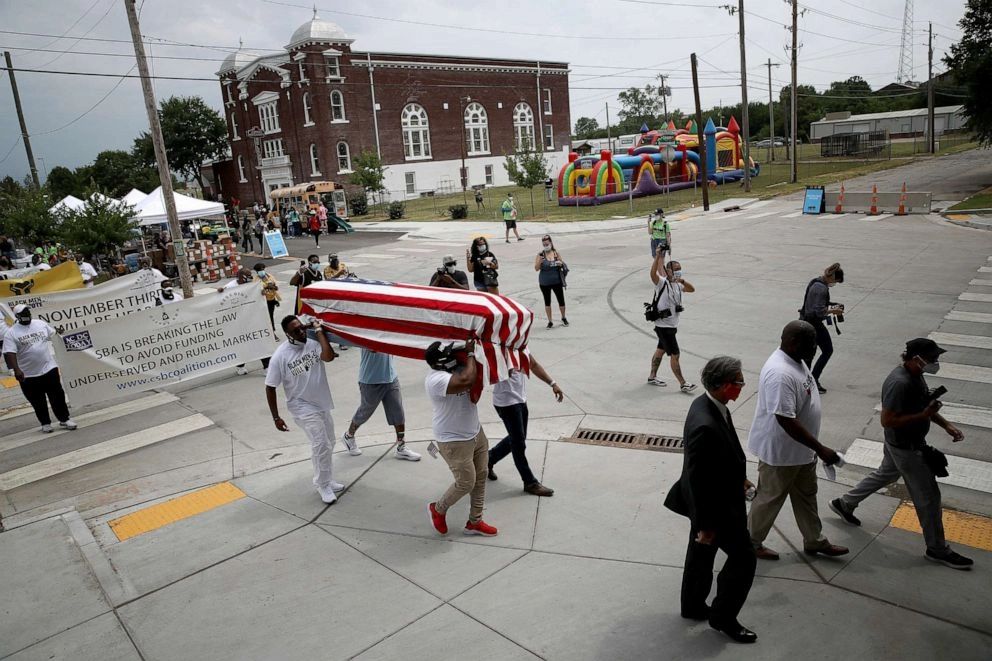 ABC News reports,"We're suffering the residual effects of what happened back in 1921."