TULSA, Okla. — It's been four years since a Tulsa police officer shot and killed Terence Crutcher, an unarmed Black man.

Then Tulsa police officer Betty Shelby shot and killed Crutcher on a north Tulsa street after responding to a call about a stalled car in the road. Video released from the incident did not show the shooting and there were differing views of what happened.

During the investigation medical results revealed Crutcher tested positive for having drugs including PCP in his system at the time of the shooting.

A jury later acquitted Shelby and she left the Tulsa Police Department. She now works for the Rogers County Sheriff's Office.

2 Works for You sat down with Crutcher's twin sister, Dr. Tiffany Crutcher. She reminisced about her and her brother's past.

Dr. Crutcher remembered his cooking, his children, and how much she misses him.

“He would give you the shirt off of his back,” Dr. Crutcher said.

She described her brother as a big teddy bear, so compassionate, and the best cook in the house.

“He loved cooking, I can’t get his chicken spaghetti right yet!! You know we’re trying to master it, but we can’t do it,” Dr. Crutcher said.

Dr. Crutcher said he had a big heart, and always put others before himself.

“We would wake up and find someone on our sofa," Dr. Crutcher said. "Who didn’t have a place to live, with our blanket. We would be like ‘Terrence, who do you have here today?'"

After a jury acquitted Shelby, Tiffany decided it was time to do something. Not just in the name of her brother, but for others who lost their lives after being shot by a police officer.

“I promised that I wouldn’t rest until I transformed Tulsa’s policing department, not just here in the City of Tulsa, but across this nation,” Dr. Crutcher said.

In the last four years, she continues to bring justice for her community, for those big and small. She's taken up her brother's serving heart, working to make change across the nation, and admits it's been tough, but refuses to give up.

“I’m truly exhausted, but when I think back on the giants that fought like the late John Lewis, Rosa Parks, Martin Luther King, Harriet Tubman. All of those folks, I have no excuse,” Dr. Crutcher said.

All to make her brother proud, so people remember him the way she does.

“I know that Terence is looking down, proud at what his little sister has done, what his family has done, and what the community has done in his name, his name is truly invoking change,” Dr. Crutcher said. 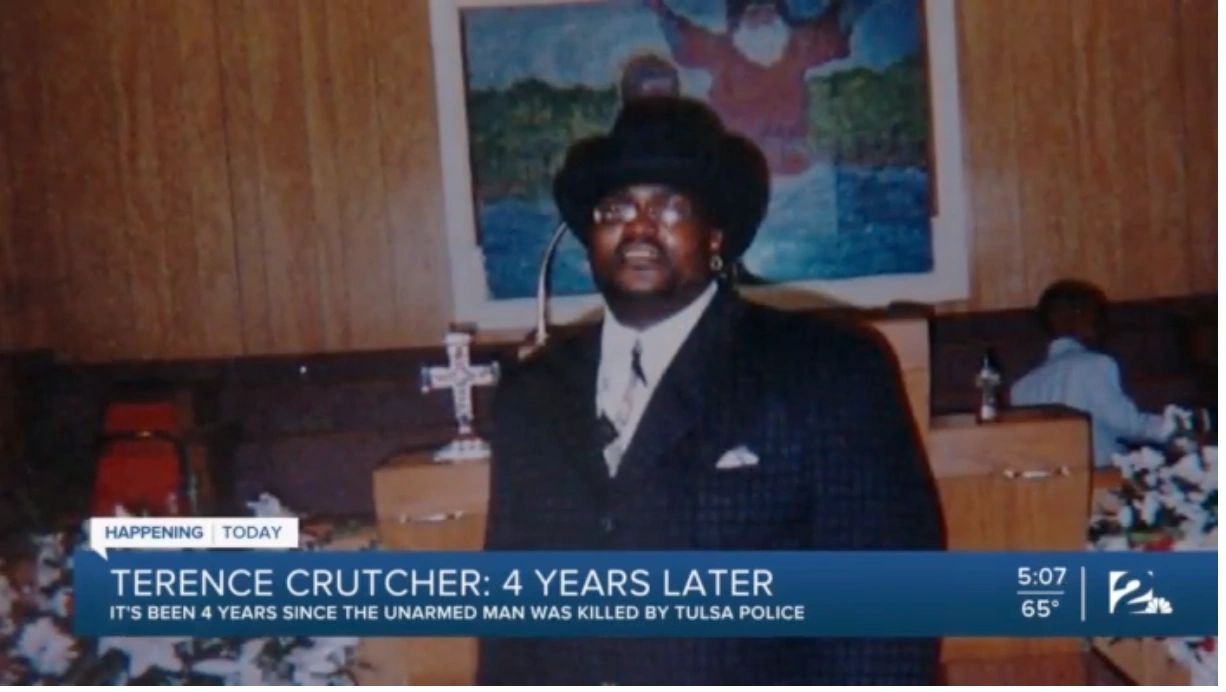