Amid the unrest stemming from the recent harrowing incidents of police brutality, several initiatives have been launched to address systemic racism in America. Among those is an effort being led by actress Kerry Washington and social entrepreneur and author Wes Moore dubbed The Black Voices for Black Justice Fund, AfroTech reported.

The fund is designed to support activists and grassroots organizations on the frontlines fighting against injustice. It was created to provide resources and financial support for civic leaders who are dedicated to making change in their communities and beyond with a focus on the evolution of economic and political power. The initiative—which is co-chaired by Moore and Washington—is also being led by a collective of leaders who have dedicated their careers to evoking change when it comes to social justice including Tenicka Boyd, National Organizing Director and Deputy Political Director of the ACLU, John B. King, Jr., former Secretary of Education and President and CEO of The Education Trust, Kristen Clarke, President and Executive Director of the Lawyers’ Committee for Civil Rights Under Law, Shavar D. Jeffries, President of Education Reform Now and Jean Desravines, CEO of New Leaders.

The Black Voices for Black Justice Fund—which was launched with $2 million and has a fundraising goal of $10 million—has already selected 31 organizations and individuals to receive grants that will help further their impactful work. Among those selected was Dr. Tiffany Crutcher, who founded the Terence Crutcher Foundation after her brother was senselessly murdered by police in Tulsa, Oklahoma and Michael “Zaki” Smith of the Brooklyn-based Fair Chance Project which was created to push for criminal justice reform. “The Black Voices for Black Justice Fund recognizes and supports the incredible work that’s being done by everyday heroes at the grassroots level,” Moore said in a statement. “In order for our communities to exceed the level of greatness we all aspire to, these voices must be elevated, supported and heard.”

There has been a concerted effort to support those doing meaningful work to drive change. SheaMoisture launched a $100,000 fund to support activists. 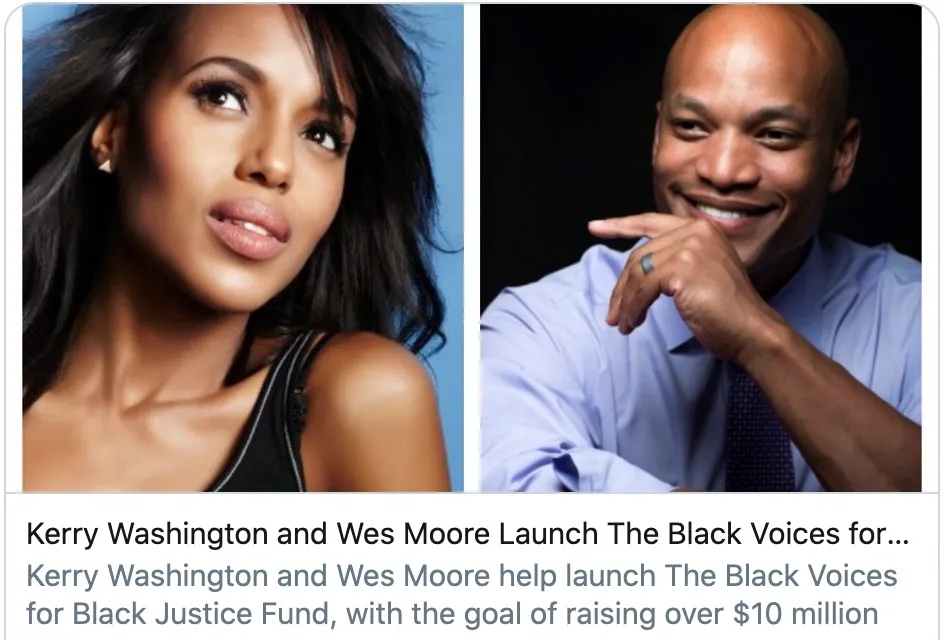 News One reports, "Washington and Moore launched The Black Voices for Black Justice Fund in collaboration with social justice leaders."