To commemorate Crutcher’s life, his family and the foundation bearing his name donated their time and money to a transitional homeless shelter. Tiffany Crutcher, Terence Crutcher’s sister, said working with and contributing to a pop-up emergency shelter for people experiencing homelessness, located at 315 S. Gilcrease Museum Road, best honored her brother.

“Terence would always have someone on our sofa. We would wake up, and there would be someone with a blanket on them because they didn’t have a place to go,” Tiffany Crutcher said. “Terence was always feeding the homeless, and his daughters, they do that now.

“They do that every Sunday, … following in their father’s footsteps.”

On Sept. 16, 2016, Shelby fatally shot Terence Crutcher on 36th Street North near Lewis Avenue. Terence Crutcher was unarmed. Shelby was charged with first-degree manslaughter and was acquitted by a jury in May 2017.

In remembrance of Terence Crutcher, the Terence Crutcher Foundation donated $10,000 for continued operation of the emergency shelter. Foundation members have spent about a week collecting donations of clothing and hygiene products to prepare kits for the shelter’s visitors.

“This … is simply a way for us to serve, to show everyone in the world what Terence, what his life, was really about,” Tiffany Crutcher said.

The emergency shelter is in the previous county juvenile detention facility. It can house several dozen people in private rooms, giving them a place of their own while they transition toward more permanent housing.

The shelter opened recently and is operated in collaboration with local government, private organizations and nongovernmental organizations.

“If we all do our small part, we can keep this shelter open more than six months,” Tiffany Crutcher said.

Greg Robinson, a Terence Crutcher Foundation board member, said Wednesday was a “day of service in remembrance” of Crutcher.

The foundation identified housing security and homelessness as an area of need during the COVID-19 pandemic. Among the comfort kits were face masks and other protective equipment. 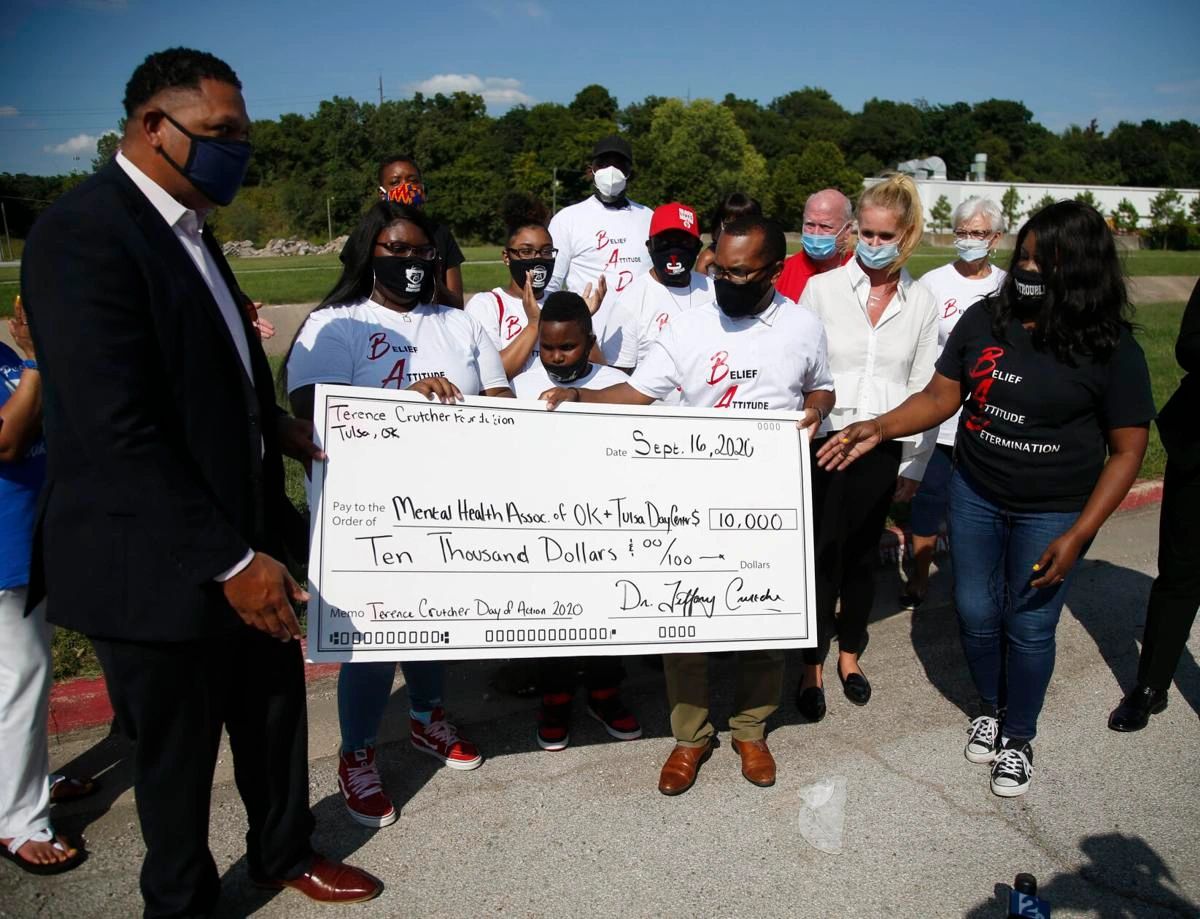