On September 19, the Tulsa Community Remembrance Coalition unveiled a historical marker in front of the historic Vernon AME Church at the corner of North Greenwood and East Cameron Street in the Greenwood District to recognize the victims of the 1921 Tulsa Massacre.

The coalition worked in partnership with EJI to plan a historical marker ceremony that was set to take place in May, but had to be canceled due to the Covid-19 pandemic. In an intimate, socially distanced gathering, the coalition invited community members to acknowledge the local history.

Dr. Tiffany Crutcher, co-chair of the coalition, offered remarks about the marker. “I feel like now people from all over the world will be able to walk down Greenwood and learn about the significance of the sacred land they have embarked upon,” she said.

In addition to the marker, the coalition continues to invite community members to participate in soil collection remembrance ceremonies for victims of the massacre. Later this academic year, they will also launch a racial justice essay contest for public high school students in Tulsa.

From May 31 to June 1, 1921, a white mob attacked the prosperous Black neighborhood of Greenwood in Tulsa, Oklahoma, resulting in the deaths of at least 36 Black residents, the destruction of 36 city blocks, and the displacement of over 10,000 Black people.

On May 31, Dick Rowland, a 19-year-old Black teenager, was jailed after being accused of assaulting a white woman. Although the charges were dropped, the Tulsa Tribune published an inflammatory story that mobilized a white mob to try to lynch Mr. Rowland. Members of the Black community stationed themselves at the courthouse to protect him.

Reports indicate that local authorities provided firearms and ammunition to the mob of thousands of white people, who began firing at the Black men trying to protect Mr. Rowland. The men retreated toward Greenwood and the mob, joined by city-appointed deputies, pursued them. The white mob terrorized the entire Black community, deliberately shooting Black residents and burning homes and buildings.

When the Oklahoma National Guard was called to intervene, they ignored the mob’s rampage and instead arrested hundreds of Black survivors. Public officials failed to keep records of Black people who were wounded or killed. While the estimated number of deaths is at least 36, witnesses reported that more than 300 Black people were killed.

No one was held accountable for Greenwood’s devastation. The only building foundation that survived the massacre now sits under Vernon AME Church.

In fall 2018, community members began organizing to form the Tulsa Community Remembrance Coalition. The coalition is made up of several individuals and organizations throughout Tulsa, including the Historic Vernon African Methodist Episcopal Church, the Terence Crutcher Foundation, the African Ancestral Society, and the Black Wall Street Times. Coalition members have been active in advocating for justice and truth-telling for years through protests against police violence, community dialogues, guided tours of Tulsa’s Greenwood District, and outreach to Tulsa educators and students.

As part of EJI’s Community Remembrance Project, the coalition has also been hosting community soil collection events in remembrance of victims of the 1921 massacre and plans to open a local soil exhibit at the Vernon AME Church.

With a statewide commitment to recognizing the 1921 massacre, the coalition has been engaged in pushing the community to acknowledge the history as well as the legacy of the violence in Tulsa. The coalition believes deeply in sharing the narratives of our painful past that go untold, because it is only by facing the truth of our past that we are able to make progress toward justice.

The Tulsa Community Remembrance Coalition is working to build an outdoor memorial on a lot next door to Vernon AME Church. The memorial is planned to be completed by the centennial anniversary of the massacre and will complement the historical marker as an informative and reflective space for visitors.

Thousands of Black people were the victims of racial terror lynching in the U.S. between 1877 and 1950. During this era, racial terror lynching of African Americans emerged as a stunning form of violent resistance to emancipation and equal rights for African Americans, intended to intimidate Black people and enforce racial hierarchy and segregation.

Although racial terror lynching was most prevalent in the South, it was used to uphold white supremacy and enforce decades of political, social, and economic exploitation as Black people moved and built communities outside the South as well.

Racial terror lynching became the most public and notorious form of subordination directed at Black people and was frequently tolerated or even supported by law enforcement and elected officials, illustrating the failure of the criminal justice system to afford Black people equal justice under law. White mobs were usually permitted to engage in brutal violence with impunity.

It was also common during this era for a lynch mob’s focus to expand beyond a specific person accused of an offense and to target any or all Black people unfortunate enough to be in the mob’s path. In most cases, the communities devastated by this violence never received any resources to repair the harm. The names of many lynching victims were not recorded or remain unknown, but over 76 racial terror lynchings have been documented in Oklahoma.

EJI’s Community Remembrance Project is part of our campaign to recognize the victims of lynching by collecting soil from lynching sites, erecting historical markers and developing the National Memorial for Peace and Justice, which acknowledges the horrors of racial injustice.

As part of our effort to help towns, cities, and states confront and recover from tragic histories of racial violence and terrorism, EJI is joining with communities to install historical markers in communities where the history of lynching is documented.

We believe that understanding the era of racial terror is critical if we are to confront its legacies in the challenges that we currently face from mass incarceration, excessive punishment, police violence, and the presumption of guilt and dangerousness that burdens people of color today. 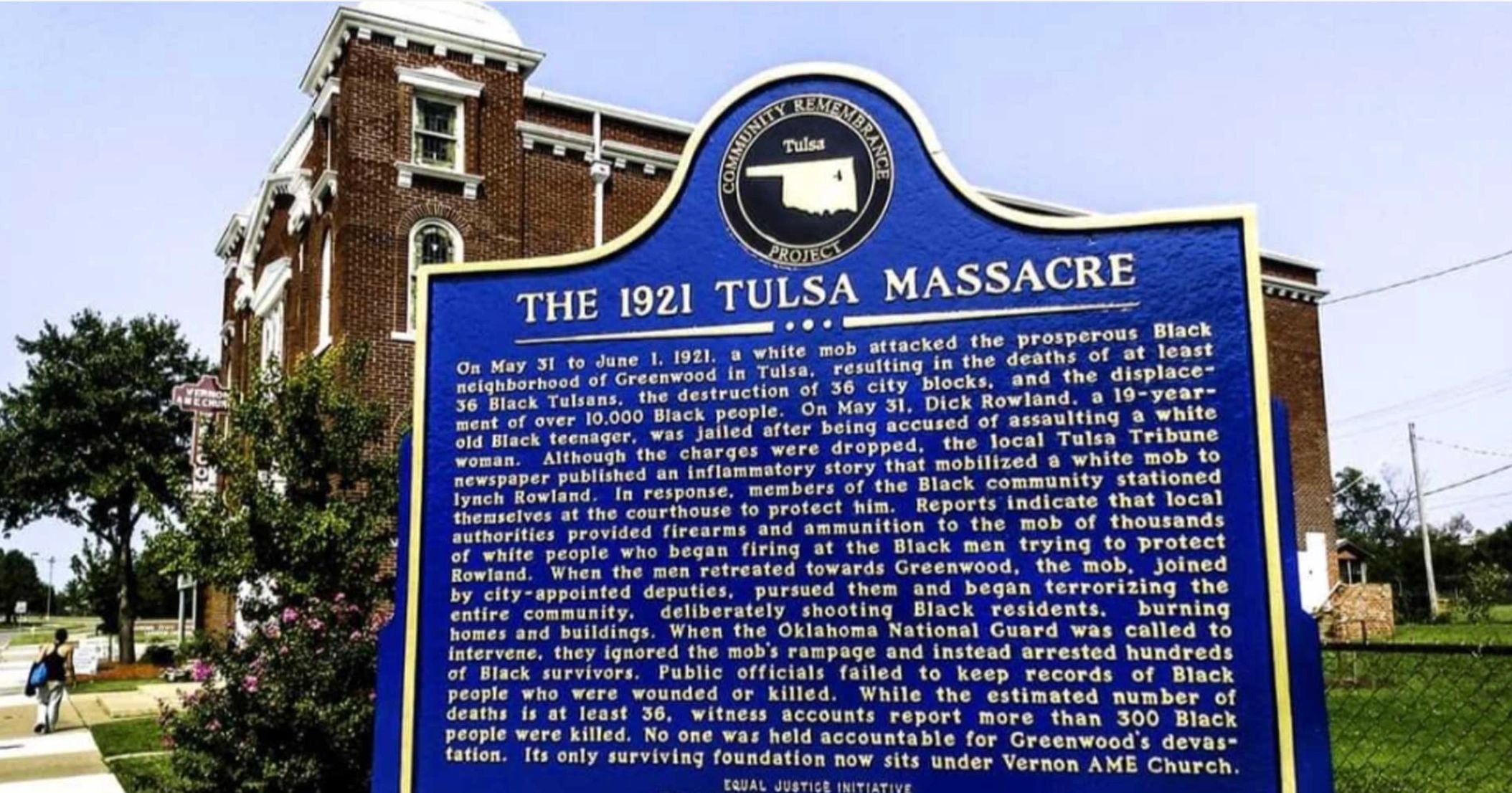