This year’s Memorial Day weekend will be extra special for residents of Tulsa, Okla.

From May 28 to 30 at the Black Wall Street Legacy Festival, a series of community-led events will be held to commemorate the centennial of the 1921 Tulsa Race Massacre. The festival will be centered in Tulsa’s historic Greenwood District — the site where hundreds of innocent people lost their lives during one of America’s most horrific mass murders.

Greenwood Avenue — dubbed Black Wall Street — was the center of flourishing Black-owned businesses in a city home to one of the most prosperous African-American communities in the nation. On the night of May 31, those businesses, along with churches and schools on blocks upon blocks of Black residential neighborhoods were ravaged and burned down in a violent, racially-charged riot.

It’s been 100 years since the atrocity in Tulsa, but the lingering effects are still being felt today and reparations still need to be made. Activist and Tulsa-native, Dr. Tiffany Crutcher, is one of many on the frontlines of the fight for reparative justice.

We spoke with Dr. Crutcher about the tragic 1921 events, her personal connection to the massacre, and the continued fight against racial injustice:

A young Black man by the name of Dick Rowland was accused of attacking a white girl by the name of Sara Page in an elevator. False reporting without knowing all the facts incited mobs of white rioters, including police officers and KKK members to march down to the community of Greenwood and Black Wall Street and burn down the entire community. They dropped turpentine bombs from the air and law enforcement in Tulsa deputized clansmen to go and help cause destruction. Thousands of people were displaced and forced to flee in fear of their lives. People were left to be forgotten and didn’t get proper burials or memorials. That community was robbed of everything. Robbed of generational wealth. Robbed of dreams and aspirations.

What is the mission of the Black Wall Street Legacy Festival?

All eyes will be on Tulsa as we commemorate the 100-year anniversary of the Tulsa Race Massacre. The mission of this festival is to spread truth, to inspire hope and to experience tradition. But the festival can’t just be ceremonial and symbolic. There’s also a call to action, which is justice for the living survivors and the community that’s been left behind. We will commemorate, remember, recognize and send out a rallying cry. And if we can get it right in Tulsa, we can get it right everywhere.

What was special about your recent trip to Congress with the three last known living survivors of the Tulsa Race Massacre?

It was special to see firsthand what their resiliency looked like. I watched the three last known living survivors testify before the House Judiciary Committee, stating that they deserve justice and don’t want to leave this Earth without getting it. Viola Fletcher (107 years old), Lessie Randle (106) and Hughes Van Ellis (100) were all able to stand strong 100 years later to raise their voice and say, “We need reparations. We need justice.”

Where does your motivation to fight racial injustice come from?

My motivation comes from the killing of my twin brother, Terence Crutcher, who was killed unarmed by a white police officer. I’ll never forget the night I received that phone call. Terence wasn’t committing a crime or verbally attacking the police. He was calm and had his hands in the air. They were looking for weapons and found gospel CDs. The officer was acquitted on first degree manslaughter charges. After that verdict I made a declaration that I would not rest until I transformed policing, not only in Tulsa but in this country, and I haven’t rested since. I’ve been at City Hall, the Oklahoma Legislature and even the nation’s capitol time and time again to try and make them hear me.

How big of a role can athletes play in the fight against social injustice?

I think it’s very important for athletes to use their platform because all types of people love coming together to watch sports. We believe we can reach so many more people outside of the Black community who may not know about the Tulsa Massacre, which will only strengthen the knowledge base. Once people are made aware of it, it gives them the opportunity to take action. So, we believe it’s important for platforms like the NBA to shed light on these issues. It’s important that we continue to teach people about what happened and to do it in a truthful, meaningful and purposeful way. 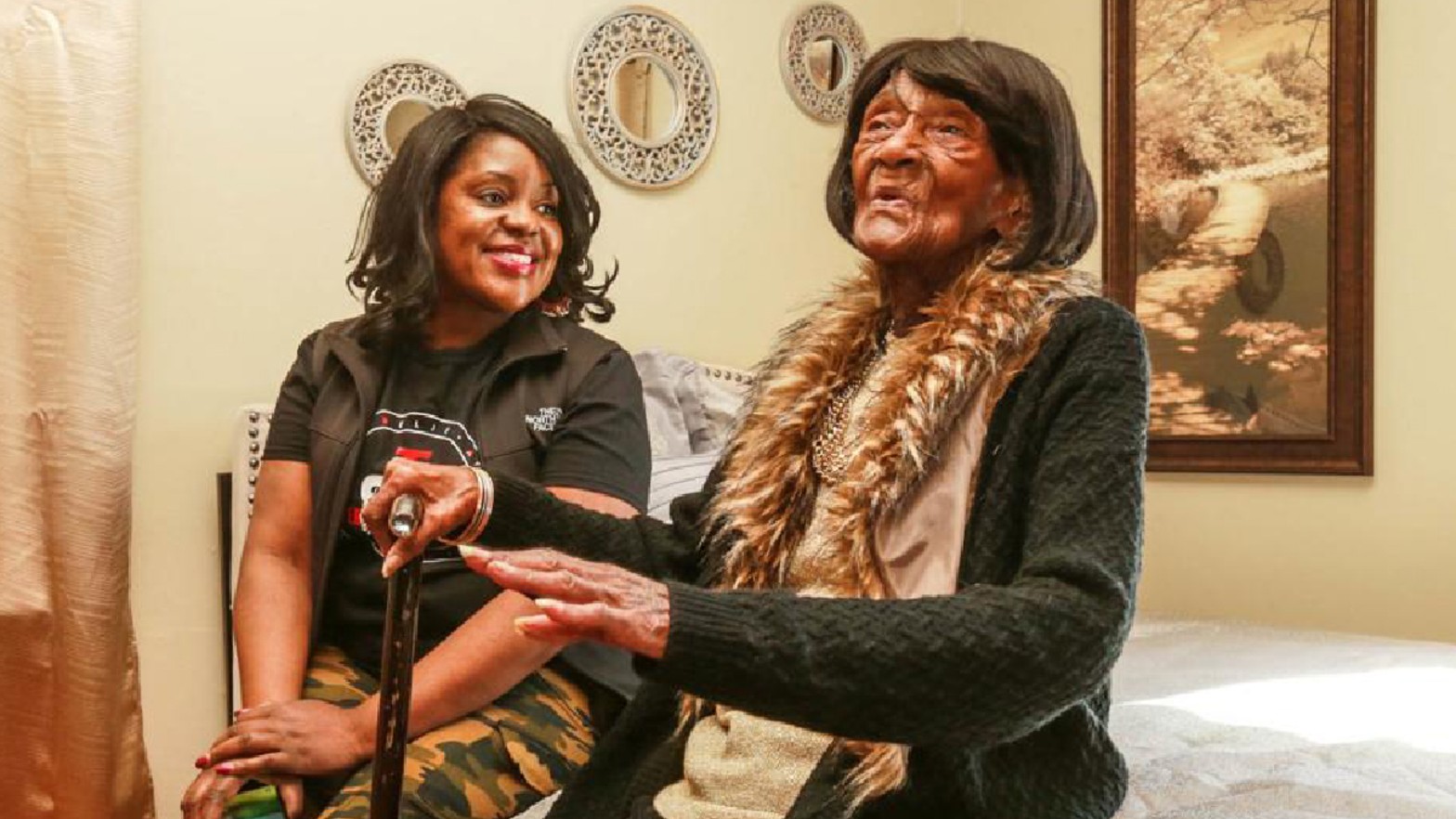 We Must Imagine A World Where No More Lives End Like George Floyd’s, Delrawn Small’s Or Terence Crutcher’s