At the Terence Crutcher Foundation, we work to create liberated communities on the local, state, and national levels by advancing policy initiatives through grassroots organizing, the heartbeat of our work and the only path to a truly just future. Learn more about our efforts to build an organizing culture in our comprehensive report.

The importance of this moment in the fight for local reparations in Tulsa, Oklahoma cannot be overstated. Terence Crutcher Foundation supported strategies this year that bolstered the present-day Greenwood community. Eleven plaintiffs filed a historic lawsuit against The City of Tulsa and seven other defendants demanding accountability, respect, and restitution Justice for Greenwood website.

Each year, we host multiple policy fellows to develop the next generation of justice and equity minded policy experts. These talented fellows work with us on advancing local, state, and national policy initiatives.

Coalition-building has been one of the organization's greatest strengths since its inception in 2017. We believe bolstering the power of our partners is the key to building a strong movement ecosystem. Two prominent examples of our work in this area include Demanding a JUSTulsa and The American Rescue Plan Act Coalition, comprised of over 70 organizations. These efforts are a cornerstone of organizing and the Terence Crutcher Foundation will continue to serve as a strong grassroots backbone organization for other BIPOC-led initiatives in Tulsa and beyond.

In 2021, the Foundation launched the "Community Walks" initiative. During the Walks, we go door to door with volunteers to talk to our neighbors about the issues that matter most to them, especially as they relate to the work of the Foundation. The issues we hear about and organize around range from education, to the need for mental health care, to alternatives to policing. This work is essential to building community power, and we are grateful to our volunteers who help to make this campaign such a success. Go to our website to sign up for our next Walk!

A Just Tulsa Is Possible

Terence Crutcher Foundation circulates a petition that contains four demands for City officials. These demands came from community listening sessions and are captured in the NAACP Legal Defense Fund report, "We Are Not Lesser." We will continue to work until ALL of these demands become a realit

The Right to Protest

After the global protests that took place following the murder of George Floyd, state legislatures across the country retaliated against protestors, particularly Black citizens, with attempts to silence our voice through policy. The introduction of various bills like HR 1674 have prompted us to lead virtual town halls in conjunction with the Black Wall Street Times, the National and Oklahoma State Conference of the NAACP, Institute for Constitutional Advocacy and Protection at Georgetown Law, and other community partners across the state. Education is the first step to advocacy, and we are proud to do our part to engage the community around this critical issue.

In concert with the Justice for Julius coalition, the Terence Crutcher Foundation coalesced grassroots organizations around Oklahoma in partnership with Oklahoma City activists, organizers, and the Grassroots Law Project to launch the “We The People Campaign” to advocate for the clemency of Julius Jones, an innocent man who was on death row for over two decades. Activists raised awareness around the Julius Jones case by educating and empowering people to contact key decision-makers. Our collective power ultimately helped to push the Governor to grant clemency for Julius Jones.

Members of the Terence Crutcher Foundation accompanied the three last-known living survivors of the Tulsa Race Massacre to Congress. Dr. Crutcher was given the opportunity to testify about the Massacre's continued harm before the United States House Judiciary Subcommittee on Constitution, Civil Rights, and Civil Liberties. In her testimony, she urged the committee to bring H.R. 40 to an immediate vote. This bill proposes the creation of a commission to study the impacts of slavery and make recommendations around "apology and compensation."

In addition to fighting for police accountability on a national scale, the Crutcher Family, their attorneys, and national civil rights leaders have urged the Department of Justice to reopen the case against the police officer who unjustly murdered their beloved Terence and to launch a practice and pattern investigation against Tulsa’s Police Department due to their history of racially-biased policing. 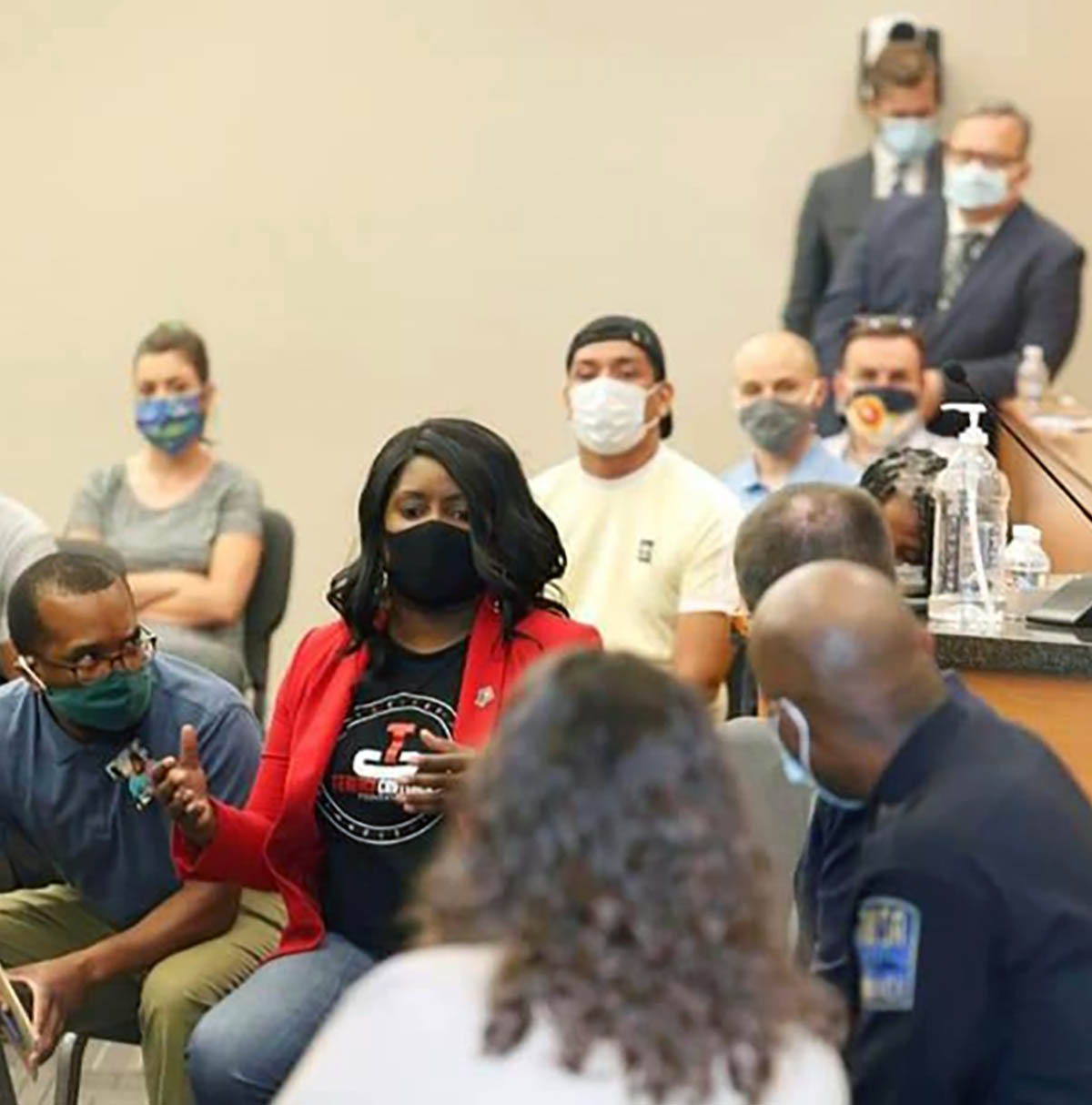 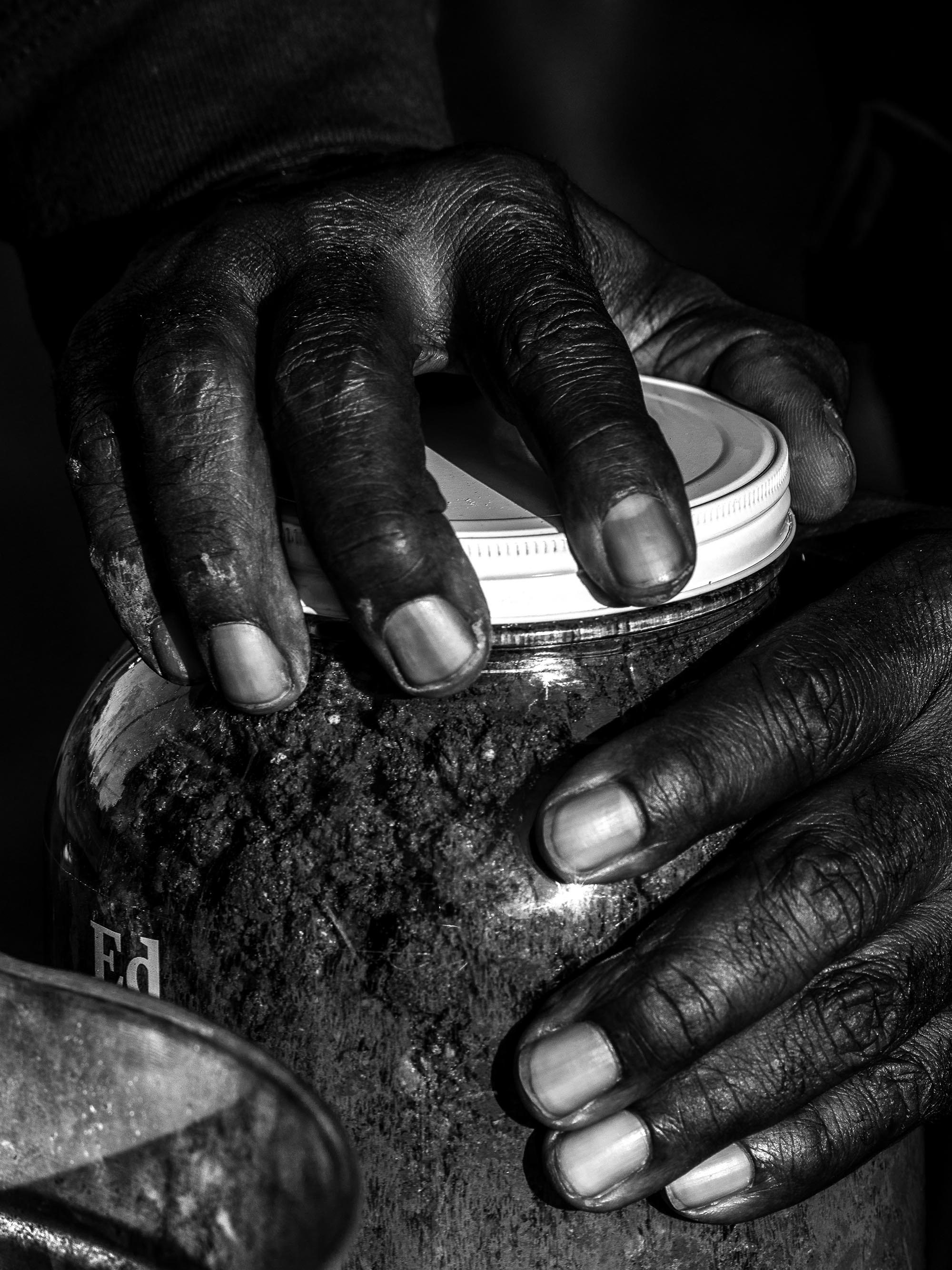 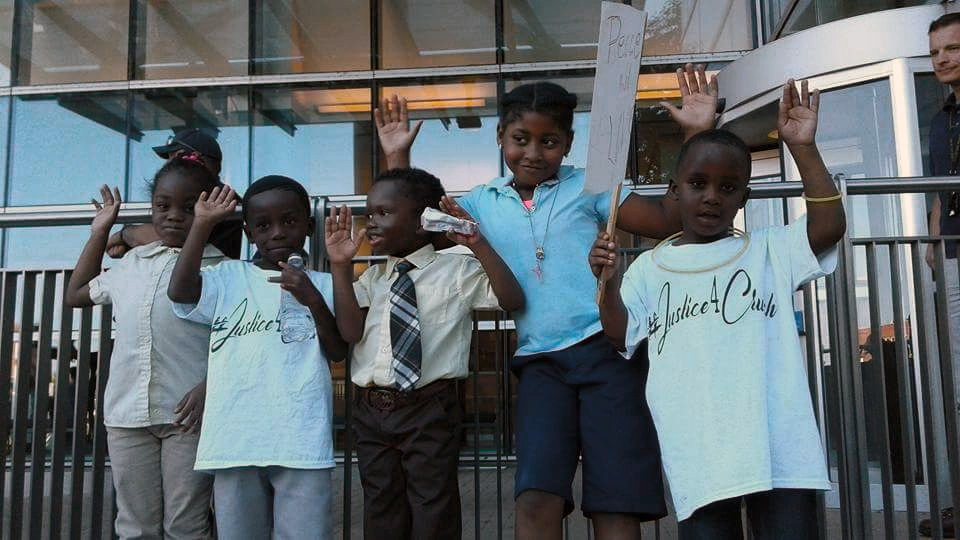